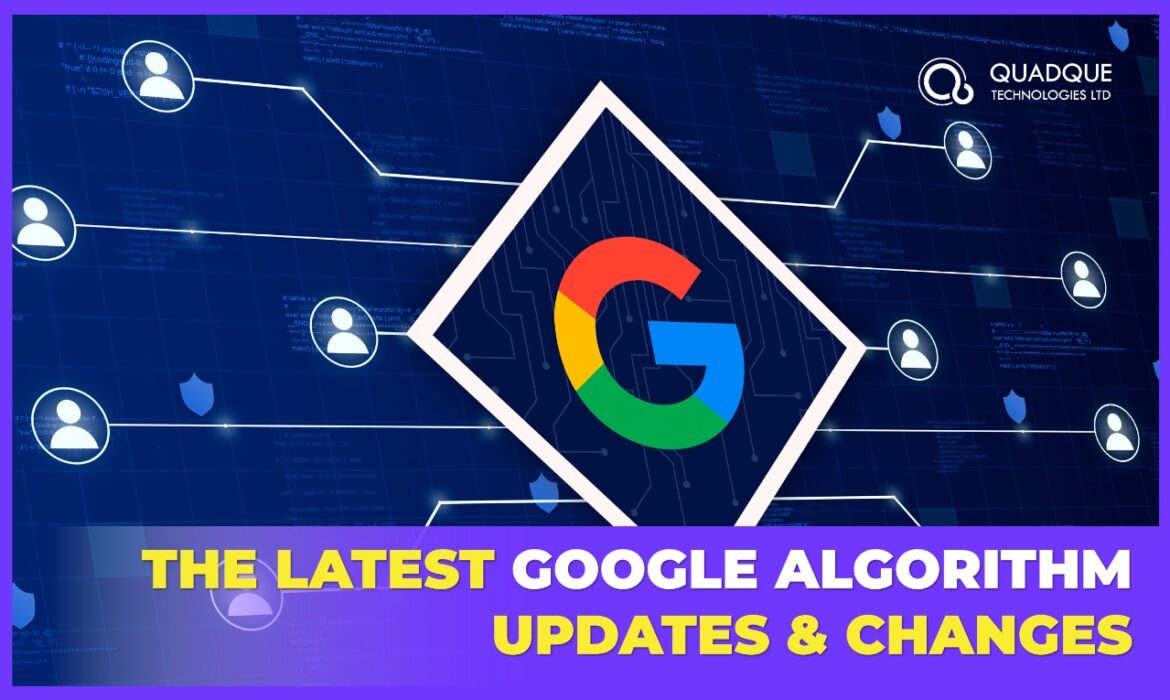 The latest confirmation announcement continued when Google released a broad core algorithm update on November 17, 2021; Before that, the last updates were shot in July 2021. Therefore, the Page Experience Update Rollout was completed in June 2021. Thus, the updates were taken in the running years, and Google is very interested in further changes by the middle of next year. So, let’s head out to know what latest changes are taken in Google Algorithm updates in 2021.

What Are The Google “Core” Algorithm Updates?

A core algorithm update is so important to the algorithm that Google is constrained to announce the pending changes publicly in this recent year. However, usually well ahead of time to give web admins sufficient time and opportunity to adjust.

The June 2021 “Page Experience” refurbishment is the latest example of a “core” algorithm update. Let’s find out all the relevant updates which made Google itself more user-friendly and bug-free experiences.

Google announced their spam update after the initial update of rollout changes in the Google Algorithm back on June 16, 2021. After accumulating the core update in July, Google has confirmed that they would start this latest update in November for some bugs and unauthorized users. So, here are the lists of Google’s guidance regarding Broad Core Algorithm Update are onboard:

Google had decided to roll out in July 2021 to start the significant Core Update. Google has announced this core update officially on Twitter, and the update details remained the same as the previous Google Core update. This Core update operation was partially conducted with the latest update, and later Google update happened to move more efficiently in November. Still, this update is known as the based conduction of the recent update, and initially, the update spent 1-2 weeks to finalize the rollout while the users faced minor fluctuations in those days. There was a timeline that Google maintained to revise all the phases of Google Algorithm updates.

Considering the standard form, Google had declared that ‘This update has no major impacts on the search result,’ eventually, those can offer various warnings to the users who circled from this Algorithm update. Thus, the updates are deliberated to meet the high-quality contents to publish and instructed to reconsider the old content as per Google’s applicability. After the July 2021 Google Algorithm update, a few portions experienced rank dropped promptly when their webpages were updated. Those uncertainties happened just because of low optimized websites contents compared to others.

Before the Core update, Google had to change the deficiency of pages experienced. In comparison, Google had two broad Rollout updates in June and scheduled in December 2021 for Search Engine Optimization (SEO). After the Google Product Review Update, Google confirmed that ‘Some websites’ pages need more optimized user experience and extended the Page Experienced Update to add value. That caused a complete algorithm rollout in Core Web Vitals as a ranking factor. The estimated Page Experience updates got completed in August, and later, the update announcement was promoted on Twitter by Google Search Central.

Even though the update was scheduled to finalize by August, and it took rolled in the first week of September 2021, and again they retweeted to declare it’s a compilation. The page experience update signals of Google include:

These signals connected would play a vital role in deciding the rankings of websites. The page endurance factors may be critical for search results that provide appropriate information. Starting Google’s algorithm has evaluated the page experience signal and ranked higher pages with a better user experience.

In the prior year, Google Algorithm Updates were accumulated in December 2020 from the Complete Core Update. Thus, there were four months of a gap in google algorithm update till the summer session upgrades were placed. Following the update, the next one was the google product review update where it was taken place in April 2021 and rolled out the operation from April 08 for a couple of days to complete. From April, the Product Review update saw Google promoting high-quality product reviews with original research rather than thin content that simply summarises a bunch of products.

Even Google didn’t make any changes till the last product review or any updates since December. There was a substantial change in the Google algorithm update that impacted product reviews for users. Including;